Want to Get Your Money Back From Debtmerica LLC? 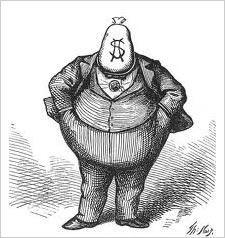 See how to get your money back from Debtmerica LLC

Reprinted with permission from uswatchdogs.net.

Debtmerica was forced to pay restitution to their New York customers. You should also be able to do the same in your state, or it may be time for a new Attorney General.

Be sure to read our full story on how Debtmerica LLC was taken to the Woodshed in New York where they paid $175,000 in restitution to New York customers and $25,000 in costs to the New York Attorney General.

Do any of our readers believe that Debtmerica LLC would have paid any restitution to any New York resident if it hadn’t been for the action taken by the New York Attorney General? Let us ask this a different way, has anyone outside of the State of New York received a dime in restitution from Debtmerica LLC?

Debtmerica LLC’s Founders Father had this to say about his son, now Jesse Stockwell:

“I am embarrassed by the way my son made his wealth, and from whom he made it.”

The history of Jesse Stockwell shows a long and detailed history of similar “predatory acts” starting with his first company:

Does this sound like you? A short fairy tale about Jesse’s business plan and how a customer, maybe you, fits into it. Please remember, this is pure speculation:

Some poor working stiff who, based on Jesse’s neighborhood demographics is probably Mexican-American, comes to LendingPoint Mortgage where he sells him on the American Dream. He buys a home that he can’t afford via a junk mortgage Jesse signed him up for. The whole U.S. economy then blows up, primarily because of junk mortgage companies like Jesse’s. The poor working stiff loses his home and moves in with relatives. He can’t rent because his credit is now ruined. Jesse comes to the rescue! This time with his new company Debtmerica LLC. Being of a very proud heritage, our poor working stiff signs up to repair his credit rating so he can rent a home. Now according to the New York Attorney General, our poor working stiff makes his payments for a year or so, thinking he is paying down his debt. He then finds out that he has tax problems as the IRS says the debt settlement deduction is taxable income, so he now owes the IRS. To the rescue, Jesse signs him up with another of his companies, Optima Tax Relief LLC. The poor working stiff’s TV and Computer got repossessed so he never saw the warning on the IRS Website or the Fox Business Special on “tax Relief Scams”. Meanwhile back at his relatives’ house, according to the Attorney General, while our poor working stiff has made all of his payments to Debtmerica for over a year, not one payment was made to his creditors! All of the money he paid has gone to the Jesse.  A sheriff comes to our poor working stiff’s door representing the creditors. But once again, our poor working stiff has Jesse in his corner and this time he signs him up with a 189% loan from LoanNow to pay the creditors who didn’t get paid. But how did all of this happen? After all, our poor working stiff, before his computer was repossessed, checked out Jesse and all of his companies at an independent authority called SuperMoney and he didn’t have even one bad review. If he only knew that SuperMoney was also one of Jesse’s companies, but he found out too late.

Get your money back! Contact your State Attorney General and file a complaint today!

Be Sure To Visit:

Disclaimer: jessestockwell.net, optimataxreleif.biz are in no way affiliated with jessestockwell.com, optimataxrelief.com or Debtmerica LLC and in fact are provided to show facts about these companies not available from their or their associated websites.