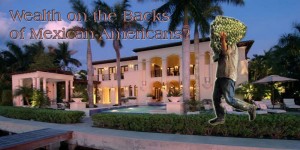 Why did Jesse E. Torres IV change his name to Jesse Stockwell?

Anyone looking for seed money should be aware that, above all else, before you “get into bed” with an investor, you should be absolutely sure you know who they are. If ever a time where “caveat emptor” applied, it is when you are looking for money from someone who has their own interests at heart. Even more so when the “investor” has a history that may set off some red flags.

This information was discovered about Jesse E. Torres IV aka Jesse Stockwell and disclosed by uswatchdogs.net in their story Torres v. Torres: The Case In A Nutshell quoted below:

The Spark that Ignited the Flames

Complications arose while restoring the Torres’ home of generations. This led to a request from Jesse III to his son, who was now wealthy, to repay him the $11,000 he loaned him many years before when Jesse IV opened Coins That Care, LLC:, DBA National Medallions, LLC, to exploit 9/11; that company was later closed when the New York Firefighters Association and/or the firefighter’s widows sent letters threatening to sue the company for copyright and license infringement. Jesse III asked his son to send the money directly to his Grandmother, to carry the construction mortgage until he could acquire new permits.

Jesse III and Jesse IV were for the most part estranged. Jesse E. Torres IV and his twin brother, Joseph J. Torres, including after the extortion began, made frequent trips to Baja which included Christmas and New Years. During these trips, they stayed with their Great Uncle Donald Torres, often joined by James K. Torres with whom Jesse IV had lived after his employment was terminated at Prudential Volpe Technology Group. Even during the holidays, neither son ever came to visit their father who lived just two houses down. The Verified Complaint contains detailed R.I.C.O. charges against Donald F Torres and Jesse E. Torres IV.

In our interview with Jesse III, he talked about how he agreed to give his son the $11,000 he needed, to start his new business with his Wharton friends. Jesse IV knew that money after the dot com crash was very tight for his father, and agreed to pay him back as soon as he could. This was to be kept between Jesse IV and his Dad.

Jesse E. Torres IV didn’t honor his agreement with his father to keep the loan between himself and his father. It is beyond a reasonable doubt that he went to his mother, Joanne L. Torres (aka Joanne Stockwell-Torres, Joanne Stockwell) and at minimum, discussed the $11,000 loan with her. As his parents’ divorce was central to a two year Impeachment effort which only ended when Judge Shirley R. Lewis was removed from the Bench, we would find it hard to believe that Jesse IV’s father would have contacted his former wife with this information.

After nearly 20 years, Joanne L. Torres was finally finalizing the divorce. Out of nowhere, she demanded that the $11,000 that was to be loaned to her son by his father, be sent to her. Jesse recalled his answer with fire; “it will be a cold day in hell”. Jesse IV pleaded with his father to give her the money, money he was desperate for to be a partner in the new commemorative coin business, promising to repay his father and that would his father, please, just sign her “stupid” divorce demands so that he would get the money.

In a series of heated emails available here, Jesse E. Torres IV refused to repay his father, claiming now that the $11,000 was a gift from his mother. While Jesse III regrets saying it, in the heat of the argument, it came out that had it not been for his father (Jesse III) chasing his mother, who flew to California, the only state where abortion was legal in 1977, that he would not have been born.

The facts laid out in the verified complaint filed against Jesse Stockwell and Debtmerica LLC, which contained R.I.C.O. charges by his father, makes very strong and well documented claims. You can see all of the court documents filed with that case at plaintiff.jetiii.com. Please remember “caveat emptor”, let the buyer beware!

For a more detailed version of the case of Torres v. Torres see:

TORRES V. TORRES: A STORY OF TWO PRO SE LITIGANTS’ BATTLE, NOT JUST FOR JUSTICE, BUT THEIR VERY SURVIVAL

You should do your own research before making any life-altering decision. Who will help you restore your credit rating or with any other financial decision should certainly be chosen with the utmost of care, caution and consideration.

The following websites also have information relevant to Debtmerica LLC and Jesse Stockwell.