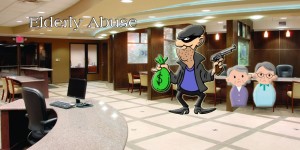 Jesse Stockwell’s father is 61 years old and suffers from heart failure, and was evicted by his own son.

Jesse Stockwell states on jessestockwell.com that he is an Internet expert. While we will have to take him at his word on that, we can tell you from personal experience that he is very good at making negative complaints disappear and apparently changing “water into wine” with his press releases. For example, he made a Better Business Bureau’s “F” rating almost entirely disappear from the Internet. He bragged about paying $175,000 in restitution to Debtmerica’s New York customers after the New York Attorney General launched an investigation into Debtmerica LLC. He paid an additional $25,000 to the New York Attorney General for the costs associated with their investigation. Does that sound like something to brag about to you?

Here is what uswatchdogs.net uncovered when they looked closely at these facts in their story, Vote: Is Debtmerica LLC A Good Place to Work? A summary of that story follows:

Debtmerica LLC and its Boss, Jesse Stockwell, have gotten mixed reviews on this question from employees and surveys. For example ebosswatch.com shows an e-rating by an employee:

“Debtmerica, LLC – “Worst CEO in Orange County CA” Whether you worked for them as an employee or work with him as a vendor, my boss is the worst CEO in Orange County. He has built an impressive reputation of acting completely irrational and exhibits bi polar aggressive behavior. Many folks will warn you about him and share may crazy situations, listen to these individuals and be glad you are not involved with this crazy man.”

Yet, according to the Debtmerica LLC or Debtmerica Relief Website (the company name seems to be ever-changing), in a debtmerica.com press release, they state that Debtmerica Relief, “makes the Orange County Business Journal’s (OCBJ) Best Places to Work list four years in a row” . We believe that Jesse Stockwell / Torres, Debtmerica’s Managing Partner, can put a positive spin on about anything. In fact, he made himself look great when he paid $175,000 in restitution to his New York Customers and another $25,000 in costs to the New York Attorney General.

Yes, Jesse and Debtmerica always looks good, until you look at the figures, their figures. Here are the facts directly from their press release: they placed 25th out of 95 in Orange County California Employeers. That’s a score of 73.68, right on the border of a ‘C’ or ‘C minus’. Apparently in this era, getting a ‘pink‘ ribbon is something to crow about. Look at how Debtmerica LLC fired up their publicity team and got those press releases right out. After all, they can shout to the world, “WE GOT A ‘C‘!”

There was also a second story that showed the specifics of the Better Business Bureau’s “F” rating disappearing from the web, Who are Defendant Debtmerica’s Managing Partners? We quote a portion of this story below:

2006 – Present – Debtmerica, LLC: Jesse E. Torres IV, (A.K.A. Jesse Stockwell, Jesse E. Stockwell) went off on his own and formed Debtmerica. Debtmerica has by all indications become a very lucrative business for its two partners. It has numerous websites such as SuperMoney, and Trustpilot which make it look like Debtmerica gets nothing but great reviews. If you go to the personal website of Jesse Stockwell, you will find that he considers himself an expert in Internet marketing. We wrote a simple review of easily verifiable facts about Debtmerica and its managing partner, Jesse Stockwell to see just how effective they were at removing bad reviews. The review was taken down in minutes! They also made BBB complaints and Debtmerica’s BBB F Rating disappear. But our favorite Debtmerica magic trick was when they paid the New York Attorney General $200,000 to stop their investigation and apparently a lawsuit against Debtmerica, and then they put out press releases like they were heros. See it here.

They can run but they can’t hide: Even though Debtmerica made the actual pages and negative reviews disappear, we found a plethora of pdf documents that preserved the web pages that disappeared. For people to take the time and effort to do this, they must have very strong, negative feelings about Debtmerica. An example of the re-appearance of BBB complaints and Debtmerica’s BBB F Rating are available here.

Then there is the Civil Complaint filed by Jesse Stockwells father which contained R.I.C.O. charges for embezzlement and death threats, to name a few. The Verified Complaint then goes on to show how Jesse Stockwell and/or Debtmerica LLC, also a defendant in that lawsuit, engineered and paid an estimated amount of well over $100,000 to evict his father. Jesse Stockwell’s father, age 61, suffered heart failure after moving to the mountains of Big Bear, California on the recommendation of the California D.E.A. due to the well-documented death threats against him and his significant other. The altitude of Big Bear caused a fluid buildup in his father’s lungs which caused catastrophic heart failure, a death sentence at his age.

The complaint goes on to show strong evidence of how Jesse Stockwell paid the legal bills to breach two signed contracts and evict his father from his father’s contractually entitled and paid-for properties. He literally put his father on the streets.

You should do your own research before making any life altering decision. Who will help your restore your credit rating or in making any other financial decision should certainly be chosen with the utmost care, caution and consideration.